For Lili’s Bistro owner Vance Martin, success hasn’t come without a few gray hairs and failed ventures. But 10 years in, life on Magnolia Avenue is all good.

Vance Martin never set out to be a trendsetter in the restaurant world. He really didn’t intend to stick around the business for some 30 years. His popular Fort Worth restaurant, Lili’s Bistro, turns 10 this year but rarely makes a “hot list” and doesn’t boast a farm-to-table theme. Yet his menu is inventive, with salads and burgers among the best in town.

Amidst stiff competition on Magnolia Avenue’s restaurant row, Lili’s continues to hold its own with a full house at lunch and dinner, drawing date-night couples who seek out the adjacent piano bar and vegetarians hungry for farro Alfredo and tempeh tacos. And then there are those who go regularly for their fix of Gorgonzola fries.

But restaurant life is hard. Martin, who turns 55 this month, has divorced since opening the intimate cafe names for his then-toddler daughter. You can count on him for strong opinions sometimes known to border on grouchy. That said, he’s more these days “A couple of years ago, I lost a close friend to cancer. It was quick, and it made me take stock of relationships,” Martin says, leaning back in a chair, sighing as he runs his hand over the front of his curly hair, which has begun to gray. “I prepared and re-established some friendships.”

Moments away from work are spent playing tennis with his daughter Lili, now 14 and the most important person in his life. As a Pennsylvania native, he remains a loyal fan of the Pittsburgh Steelers. And though he pops down the street to check on the Lazy Moose, the bar he opened last fall, Martin primarily works front-of-the-house at Lili’s instead of the kitchen, a full-circle return to his beginning in the business.

Martin found himself hooked on restaurants as a teenager waiter at Ridgmar Mall’s El Fenix. Before he turned 20, he was the general manager at Endicott’s, a one-time popular West Fort Worth bar and grill. A boss at the next restaurant job forced him into new territory. “I’d been managing restaurants for three or four years and had never been in the kitchen. It was hot and messy; I didn’t want to get in there at all,” he says. “But that’s where there were revelations — I found out I was good at cooking, and I became a back-of-the-house guy after that.

After a series of gigs — including work for restaurateur David Shaw, now his Lazy Moose partner — Martin pulled together $17,000 to open Cafe Panacea in 1988. The medical district lunch spot, serving gratifying soups and tabbouleh, established Martin’s food reputation. It also triggered his fondness for the neighborhood now called the Near Southside.

When the building housing Cafe Panacea was sold, Martin moved the concept downtown, where it flopped. It ended up on Magnolia in the space now home to Him Barbecue. He loved his address, but nothing else felt good.

“I just woke up tired. I was still reeling from bankruptcy downtown and needed a change. I did some restaurant consulting and dabbled in real estate, taking a timeout for nearly 10 years,” Martin says. “I kept looking at places, though, while saying I wouldn’t get back into it.”

Eventually, another Magnolia address became available, in a charming 1920s building that had once housed a Fairmount neighborhood grocery. But Martin wouldn’t commit.

His timing was impeccable: Though Paris Coffee Shop and Benito’s had prospered on Magnolia for years, and upstarts like Spiral Diner and Nonna Tata were enjoying sparks of success, there wasn’t yet a place to enjoy dinner and a wine list. His 13 tables filled quickly.

Two years later, Ellerbe Fine Foods opened across the street. Rather than worry about competition, Martin concentrated on Lili’s, and with Ellerbe’s popularity came increased business for Martin. The once sleepy street was beginning its boom.

In 2010, he teamed up with fellow restaurateur Martin Thompson to open Cat City Grill a few blocks east of Lili’s He sold his interest a year later, focusing on expanding Lili’s, adding another dining room and piano bar in an adjacent space, plus sidewalk, seating. More space drew bigger crowds.

Chris and Deedra Keel, owners of Put a Cork in It wine boutique, developed their Lili’s habit years ago, sometimes visiting as much as once a week.

“We love the easy atmosphere, live music, great food. It’s kid-friendly, too,” says Chris, whose toddler Kieran requests visits to “Uncle Vance’s” place. “Vance sits with us to talk life and business. He’s from the old school; he makes you feel welcome.”

What I love about the Southside, and Magnolia, in particular, comes from growing up in the Northeast where we had no chain restaurants. Every place was independent; there was always the owner walking around shaking hands and taking care of everyone like you were family. That’s what I wanted, and this is where that works. ~ Vance Martin

Martin embraces growth on Magnolia Avenue, including the new hotel planned for two blocks away that stirred up controversy among longtime residents. But he firmly believes Magnolia’s charm comes from locally owned businesses. 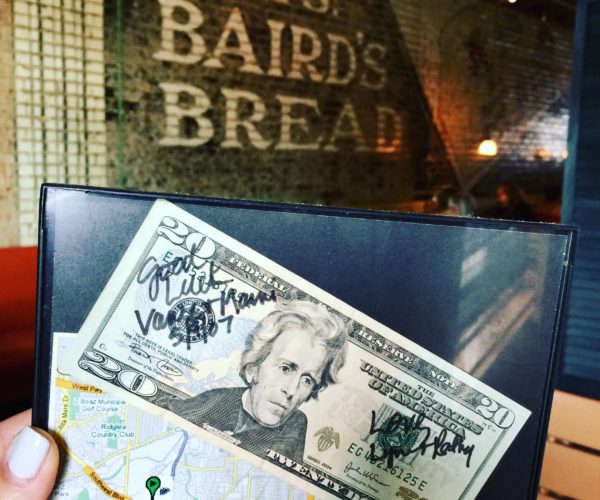 10 years! How did that happen? 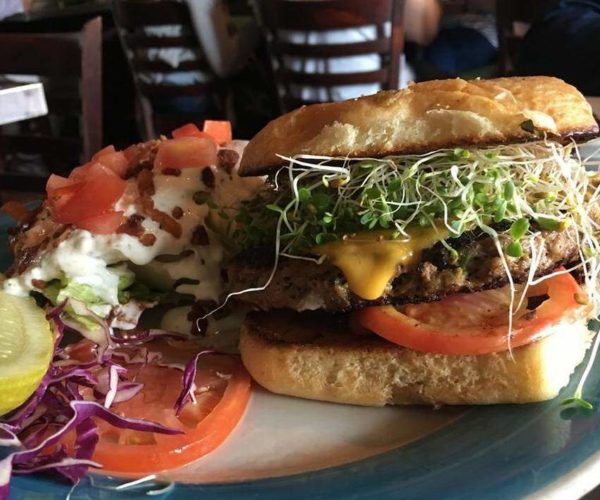